Indian Passport is the most powerful document in itself in the whole world. The Passport Service(seva) is a tool of travelling through Airways for international travelling. Passport is usually issued by the country’s government to their citizens. The Indian Passports issued by the Ministry of External Affairs(India Government). A total of 93 passport offices are located in India. At the end of 2015, approx 63 millions passports were issued by the passport offices. The First issued in 1920(First version) and the current version issued in 1986. Passport also used as an identification. Passport is valid in all countries. These passports are allotted only on demand for those who have an Indian Citizenship. Indian Passport is valid for some limited time such as:

After this time limits, candidates should renew their passport. The following cost of passports are: 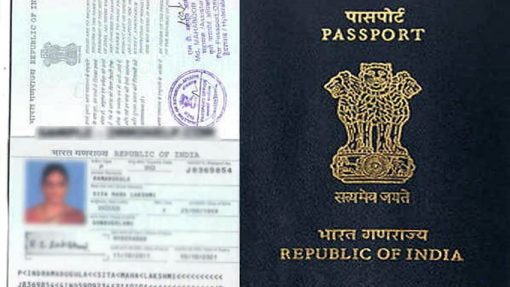 Passport is a type of book which consists of 36 and 60 pages. The passport book is in two languages i.e. Hindi and English. Indian Passport consists of some basic details of the candidates like Holder Name, DOB, Place, signature, and more relevant identity etc. Passport’s First page has a following details:

The last page of the passport contin the following details are:

The ‘Type’ has three options which depend upon demand of the holder such as ‘P’ stands for Personal, ‘D’ stands for Diplomatic, ‘S’ stands for Service. And Country code is filled like IND for India, JPN for Japan, USA for America, etc. The Passport book’s first left side page contain a Note in both language(Hindi & English):

“These are to request and require in the Name of the President of the Republic of India all those whom it may concern to allow the bearer to pass freely without let or hindrance, and to afford him or her, every assistance and protection of which he or she may stand in need.

By order of the President of the Republic of India”

The Note page ends with signed and Stamped by the authority of the president of India. If Candidates want a passport in Tatkal condition they have to be paid Rs. 2000 with the application fee. Indian Government also allowed visas whenever required for the purpose of travelling abroad for a limited time along with passports. And For the purpose of a domestic travelling passport is enough.

There are three types of Passports: These colours aim to categorise the type of passport. These Passports carry regular information which is given above. These passports are only issued for those who haven’t criminal record.

Blue Passport is an ordinary passport issued for the general population. These passports are generally used as an identifier as well as for ordinary trips or Vacations, study and business trips. It is a ‘P’ type of Passports which stands for Personal. It is also available in 36 and 60 pages. It also contains various other identification proofs for immigration checks.

White Passport is an Official Passport issued for individuals who belong from the Government of India on official business. The application process of Official Passport is totally different from the application process of Ordinary Passport. The Official passport holders have some special power according to government rules and regulations. It is a ‘S’ type of passport that stands for Service. It is issued for the purpose of travelling to Abroad for official work. This passport makes it easy for the airport authority to identify as a government employee.

Maroon Passport is an Diplomatic passport which is issued for the Member of Parliament (Indian diplomats), member of the Union council ministers. It is an identification of Higher ranking government officials like IAS (Indian Administrative Services), IPS (Indian Police Services) etc. It is a ‘D’ type of passport that stands for Diplomatic. The application process for Diplomatic passports are taken as a distinctive treatment and easier process of immigrants as compared to Ordinary Passports. It is also issued for the purpose of travelling to Abroad for official work. Diplomatic Passport holders get all facilities during the travelling. This Passport doesn’t require any visa for travelling Abroad. The immigration process is completed much faster as compared to an ordinary passport.

As per Indian Government Announcement, It has taken a decision to introduce a Orange passport for those citizens who become under the ECR (immigrant Check required). It is an identification of those peoples who have not studied before class 10th. It does not look like a regular passport because it doesn’t have the last page’s sensitive information like Father name, address and much more. Those people don’t have a matricular certificate they fall under the ECR. That means that types of people also travel abroad. ECR type passport holders don’t need a clearance for any travelling, that is known as Immigration Check Suspension. 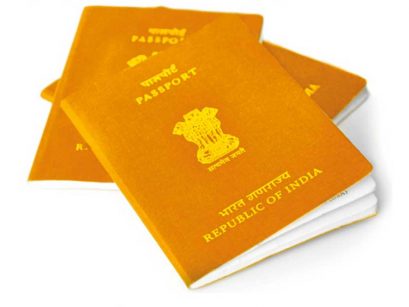 One more Passport which is a Joint passport for India-Pakistan issued to those who want to visit family, friends and ancestral homes which are located on the other side of the border of India-Pakistan. There are also more types of Passport which are issued by the indian government on an urgent basis such as : Short Validity Passport and Tatkaal Passport, and they both are treated as a Regular Passport.