Top 10 Longest Rivers in the World 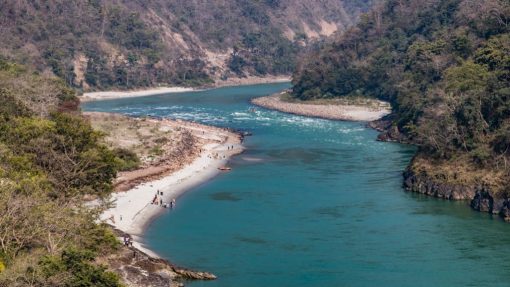 Rivers the source of all what is needed from the Mother Nature, They have always been the place for the flourishing of the greatest civilizations. A river is a part of the hydrological cycle and natural flowing watercourse, flowing towards an ocean, sea, lake or another river. In rivers, generally water collects in a river from precipitation through a drainage basin from surface runoff and other sources such as groundwater recharge, springs, and the release of stored water in natural ice and snowpack. Rivers are an important geographical feature that brings life to numerous corners of the globe including stunning views to some of the richest ecosystems on the planet.

Rivers aren’t just water bodies which flow to the great oceans and entertain our eyes with their continuous movement. They have contributions to the historical cities they pass through, providing them with every resource needed like water to drink, irrigation for agriculture, and even energy through hydropower.

About the longest rivers in the world:-

Nile river “The longest river in the world”:-

The Nile River is considered to be the longest river in the world. Its source is Lake Victoria. It flows through the Egypt, Uganda, Ethiopia, Kenya, Tanzania, Rwanda, the Democratic Republic of Congo, Eritrea, Burundi, Sudan and South Sudan. It has two tributaries, namely; the Blue Nile and the White Nile. Its length is approximately 4180 miles.

The Amazon River is the largest river in the world by discharge volume of water. It is positioned as the second longest river. According to a recent study in 2014, it is claimed that origin of Amazon River is traced to the Cordillera Rumi Cruz.

It is the world 3rd largest and the longest river to flow entirely within one country. It is also the longest river in Asia. Its basin houses one third of the population of the most populated country in the world. The source of this river is located in the Jari Hill from where the headquarters of the Dam Qu tributary originated.

This river system comprises of Mississippi, Missouri and Jefferson rivers. It is regarded as the world’s fourth longest river. This river drains 31 US states and 2 Canadian Provinces. It begins in the northern Minnesota where Lake Itasca is believed to be the source of this river and it drains into the Gulf of Mexico.

It is called Yellow River for its color which is a result of huge amount of loose sediments in the water. This river is also known as Huang He.

It is also known as the Ob River wich represents one of the three great Siberian Rivers along with the Yenisei and the Lena. It extends from the Atlas Mountains and flows into the Arctic Ocean.

It is located in South America and is one of the longest rivers in the world and the second largest on the continent. Its name is an abbreviation of the Tupi expression ‘para rehe onava’ meaning “Like the Sea”.

It was previously known as the Zaire River. Is stretches in a curve across the continent of Africa and has the distinction of being the only river to cross the equator twice. It is the deepest river in the world.

It extends along the borders between northeastern China and Russia. It is also known as the Heilong Jiang and is the 10th largest river in the world. The term Amur is thought to originate from “Water”, the Chinese Heilong jiang translates to “Black Dragon River”.