Pandemic is basically an epidemic (disease which affects many persons at the same time and spreads from person to person) that spreads over a large area i.e., it occurs worldwide.  In other words, we can say that Pandemic is a disease that has spread across an entire country or other large landmass.

An endemic disease which is widely spread with stable number of patients (infected people) is not termed as pandemic; endemic diseases like seasonal influenza are not included in the list of pandemic as they occur in large regions of the globe rather than being spread worldwide.

If we look back in past, we will find there are number of pandemics occurred. But the most fatal one was the BLACK DEATH, commonly known as The Plague. Around 200 million people died during this pandemic in 14th Century.

The pandemics occurred in history are as follows:

The very first pandemic happened during the Peloponnesian War. The symptoms of this pandemic were fever, thirsty, bloody throat and tongue, red skin and lesions.The disease, suspected to have been typhoid fever, weakened the Athenians significantly and played a major factor in their defeat by the Spartans. This pandemic lasted for around five years.

This plague was an early appearance of smallpox that began with the Huns.The virus spread from Huns to German, later passed to Romans and further got spread to entire Roman Empire.

The symptoms were fever, sore throat, diarrhoea, and the pus-filled sores. This plague last till 180 A.D.

Its first victim was the Christian Bishop of Carthage. This plague had diarrhoea, vomiting, throat ulcers, fever and gangrenous hands and feet.

This plague first appeared in Egypt, then spread to Palestine and the Byzantine Empire, and then throughout the Mediterranean. Around 26% of the world population i.e., 50 million people died. It is believed to be the first appearance of the bubonic plague. This was the second large outbreak of the bubonic plague. It killed 1/3 of the world’s population. It started from Asia and moved to Europe. It wiped over half of the Europe’s population.

The smallpox, measles, bubonic plague was passed to the native population by Europeans. During this plague, around 90% population died throughout the north and south continents.

Around 20% population of London died in this Bubonic Plague.

The first of seven cholera pandemics over the next 150 years, this was originated from Russia which infects the small intestine spreading through feces- infected water and food. It spreads in India through British soldiers. Alongwith India, it spread to Spain, Africa, Indonesia, China, Japan, Italy, Germany and America. Millions died in this pandemic. A vaccine was developed in 1885 but pandemic continued.

It claimed around 15 million victims, got started in China, and then moved to India and Hong Kong. It spread through fleas during a mining boom in Yunnan. The pandemic was active till 1960.

After the outbreak, this measles disease was brought back by the royal party. Around 40,000 people i.e., 1/3 of population of Fiji was died.

This flu started in Siberia and Kazakhstan, travelled to Moscow and further moved to Finland and Poland and then spread in the rest of Europe. In the following years, it reached to North America and Africa.

It was first observed in Europe, the United States and then parts of Asia before swiftly spreading around the world. It was the avian- borne flu that resulted in 50 million deaths all across the world.

The virus was a blend of avian flu viruses. Across the globe, 1.1 million died.

It was caused by influenza A (H3N2) virus, which comprises two genes from an avian influenza A virus, including new H3 hemagglutinin, but also contained the N2 neuraminidase from the 1957 H2N2 virus.

AIDS destroys immune system of person, which results in death at end. And the infected ones of HIV virus were encountered by fever, headache and enlarged lymph nodes upon infection.  The AIDS virus was first observed in American Gay communities but it is believed to develop from a chimpanzee virus from West Africa in the 1920s.

Many treatments developed to slow the infection of this disease, but a cure is yet to be found. 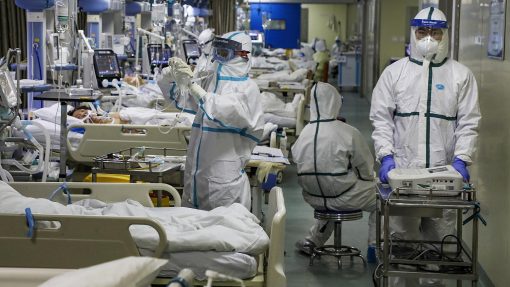 It is caused by a novel coronavirus – a virus that has not been found in people. Its symptoms are respiratory problems, fever and cough, and can lead to pneumonia and death. Like SARS, it also spreads through droplets from sneezes.