Mountain means “higher and sharper than a hill”. A Mountain is a terrain that rises high above the surface of the earth in a limited surface. Mountains are made from rocks. Mountains look slightly rounded and have a steep, sloping side, and peaks. These mountain ranges play an important role in India’s environment and Culture too. Mountains usually are higher than 600meter because less than 600m are called hills. And, Usually Mountains are found on every continent and beneath our oceans. Mountains mostly cover the  ⅕  area of the earth surface and occur in the countries approx 75%. A Mountain Ranges is a series of mountains that are close together. Mountain Ranges are separate from the other mountain ranges. Mountain  Ranges are approx 1,000 miles long or more. Some mountain ranges have growing trees on their side. Rocky Mountain peaks fully cover with snow. 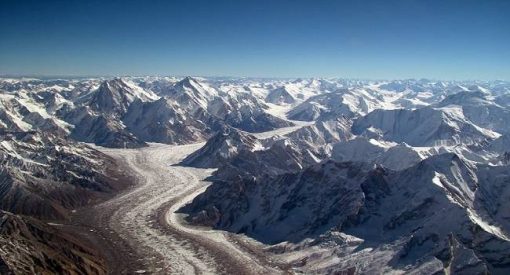 Hills, Valleys, Caves and mountains are a geographical part of our india. These all things make India beautiful. Whereas, Mountain Ranges is a natural elevation of the earth surface which makes our India more beautiful. The highest range is 8,848 metre (29,035 ft) of Mount Everest. The highest range usually measured from the sea level and the tallest range measures from top of base below sea level. There are some uses of mountain ranges such as:

Mountains can be hard to cross for climbers because it has sharper peaks, snowy areas, rugged and filled with forestry. Sometimes, it becomes dangerous for travelers. 6.8 billions people live in mountain areas as well as animals and plants also adapted mountain areas to living.

Similarly, there are many himalayas in our india. These Mountain ranges not only for culture, it is also for religious devotees. Mountains Ranges are a very popular adventurous place. There are many longer mountains in other countries like Pakistan, Asia, and America etc. Mountains are very harsh places to live for people as well as animals. In our India, there are seven major Mountain Ranges such as:

From the Himalayan Ranges to the Western Ghats and from the Aravalli Ranges to the Eastern Ghats, there are majestic mountain ranges all around India. Each of these categories has a different natural beauty, climate and atmosphere and therefore they offer very unique surprises for the visitors.

These mountain ranges include renowned hill stations from all over the world, from Kashmir, Nainital, Sikkim, Shimla, Dalhousie in the Himalayan range, YT in the Western Ghats, Mount Abu in Aravalli and Udaipur. Visakhapatnam in the Eastern Ghats. However, for those who do not enjoy the crowded sights, there are many other off-beat spots scattered throughout the mountains that have their own raw charm.