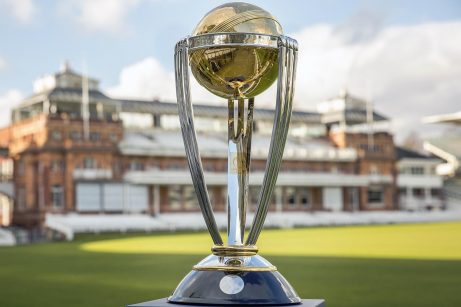 Trophy is a palpable, imperishable reminder of a certain achievement, and serves as recognition or evidence of merit. Be it battle, sports, or corporate work; trophies have own identities and some legends associated with it. Trophies have marked victories since ancient times. Trophies are often awarded for sporting events, from youth sports to professional level athletics. Often sports medals are given out either as the trophy or along with more traditional trophies. Originally the word trophy coined in English in 1550 was derived from the French trophée in 1513, “a prize of war”, from Old French trophee.

Cups or goblets were given to winners of sporting events at least as early as the very late 1600s in the New World. These cups are particularly associated with sporting events, and were traditionally made in silver. Trophies are awarded for team, or individual accomplishments in sports. Even Belts are used as trophy in many combat sports, such as boxing, mixed martial arts, and professional wrestling. Today, because of mass production of plastic/resin trophies most common trophies are much less expensive, and more pervasive.

The iconic trophies in sports are always pricey, with long past, and one or more legends associated with it to make it interesting and worth to take pride if you are among the winners. The oldest sports trophies in the world are the Carlisle Bells, a horse racing trophy dating back to 1559 and 1599 and were first awarded by Elizabeth I

Trophies or Awards of Sports in India are presented by the Government of India to the sports persons in various fields for their outstanding performances.

The purpose of awards, medals, and trophies are:-

Below is the list of different sports and their related trophies.