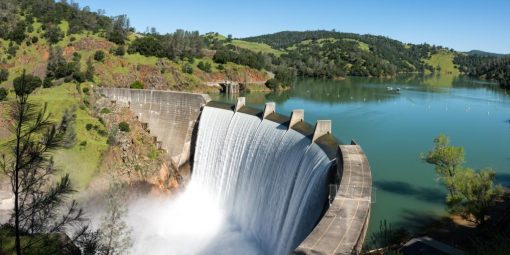 The rivers and dams of India play a vital role in the lives of the people. Rivers provide potable water, cheap transportation, electricity, and the livelihood for many people nationwide while Dams are used to produce electricity by using water which is also known as Hydroelectricity.

A dam is an impediment that stops the flow of water and results in the creation of a reservoir. The major dams in India have helped the inhabitants in a number of ways like:

India is contemplated as the land of rivers as there are numerous rivers flowing across the country. The rivers in India have been divided into two – Himalayan Rivers (rivers that originate from the Himalayas) and Peninsular Rivers (rivers that originate in the Peninsula). Himalayan Rivers are eternal while Peninsular Rivers are rain fed.  Some rivers are considered sacred by the Hindus, and even few are worshipped in the form of gods and goddesses.

Most of the Indian rivers flow eastwards and drain into the Bay of Bengal but there are three rivers in India that run from east to the west Narmada, Mahi and Tapti River.