The Cyclone word is derived from Greek “Cyclos” which means the coil. The cyclone is also known by the following names: “Hurricane”, “Typhoon” and “Tropical”.  By the Typhoons name called in the pacifice ocean and China sea. And, By the “Hurricane” name called in the West Indian Island and Atlantic Ocean. By the tropical cyclone name called in India. They both have the same phenomena as Strong tropical cyclones. Cyclone Vayu is a heavy wind spinning storm. It is caused by a disturbing atmospheric situation under a low pressure area Tropical Cyclone Vayu is violent and has the potential damage to everything. The Cyclone storm has classified into three terms as:

Since 1998, it has struck some regions with a gusty speed of 195kmph and killed around 10,000 people. But, now Cyclone Vayu was formed on 10 June 2019 which caused the landfall in Gujarat. According to the Indian Meteorological Department of India, the storm had come from Arabian Sea to enter the state of Gujarat with a gusty speed of  185kmph. Due to Cyclone storm, the total casualties were 8 people and 12 or more injured. The 6.6 millions people of northwestern India were affected by the Cyclone Storm. And, a total of 300,000 residents of Gujarat was evicted within Cyclone. The Cyclone storm was dissolved on 17 june, 2019. There are many countries affected by Cyclone storms such as: India, Pakistan, Maldives, Oman and Lakshwdeep.

According to the IMD, strong winds (40-50 kmph) with thunder and lightning are expected on June 12 and 13, 2019 at various places in Banaskantha and Sabarkantha districts of North Gujarat.

Isolated showers in Saurashtra, Amreli, Bhavnagar, Gir Somnath, Junagadh and Diu. Isolated showers are likely on June 12 in Navsari, Valsad, Daman and Dadra and Nagar Havelis in the districts of South Gujarat.

On Tuesday evening, the Meteorological Department forecast that the cyclone would move to the east-central region and to areas adjacent to the Arabian Sea at a speed of 90-100 kilometers per hour.

Gujarat has deployed about 2,300 personnel in 52 teams of the National Disaster Response Force to assist in the efforts to evacuate local authorities, as well as in search, rescue and relief operations in the aftermath of the cyclone. Deployed 300 commandos from the state marine as well as area from the State Reserve Police. Boats and aircraft were sent to various places across Gujarat to launch and assist in search and rescue operations if necessary. The Indian Coast Guard, Army, Navy and Air Force were also on alert, with about 2,400 Army personnel in 34 teams on standby and, if necessary, naval dive teams assembled for water conservation. Police officers also patrol the area at night to make sure there are no residents in the vacant areas.

How is Cyclone Storm formed? 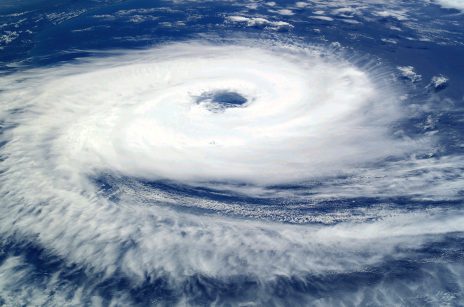 The storm forms in different areas and revolves around a low pressure eye. The hot air we know rises and when it rises it cools. Cold air does not have as much moisture as hot air, so the water goes out and clouds begin to form. If the hot air rises quickly it will create an updraft. Similarly, if there is enough water in the clouds, it can fall to the ground in the form of rain and this is called downdraft. When updraft and downdraft work together, a storm cell is formed. This process continues, the cloud rises and we get a big thunder cloud. These thunder clouds vary into other storms such as tropical cyclone winds and tornadoes. On the basis of Wind speed , Cyclone are classified into five Categories as:

Exceptionally large raindrops and large cumulus clouds freeze very high humidity, resulting in high rainfall. When a storm breaks the landslides, the rain fills the catchment area rapidly and the rapid flow of common water resources can cause large-scale flooding or the creation of new ones.

Although hurricanes are common in June, very few of them occur in the Arabian Sea. Over the past 120 years, according to available records, 14% of all storms, and 23% of severe storms have occurred in the Arabian Sea around India. The Arabian Sea storms were much weaker than those that originated in the Bay of Bengal.

This, in turn, led to the emergence of many cyclones off the coast of Gujarat, in the Arabian Sea, which is relatively sparsely populated, ensuring that the chances of cyclone damage on the west coast are relatively low.

The Indian subcontinent is one of the most devastated areas in the world. With a coastline of 8041 km, the subcontinent is exposed to up to 10 percent of the world’s tropical cyclones. Of these, most have their early origins in the Bay of Bengal and invade the east coast of India. An average of five to six tropical cyclones occur each year, two or three of which are severe. Bengal Bay has more storms than the Arabian Sea and the ratio is 4: 1. Cyclones occur frequently on both coasts (West Coast – Arabian Sea; and East Coast – Bay of Bengal). According to an analysis of the frequency of cyclones on the east and west coasts of India between 1891 and 1990, there were approximately 262 cyclones (92 of which were severe) in the 50 km wide belt along the east coast. Less hurricane activity was observed on the west coast, where 33 hurricanes occurred, 19 of which were severe.

Tropical cyclones mostly occur during the months of May – June and October – November. Cyclones of extreme intensity and frequency in the northern Indian Ocean are of dual-mode character, with its primary peak in November and its secondary peak in May. Landslides are more likely in the northern Indian Ocean (Bay of Bengal and Arabian Sea) due to destructive winds, storm surges and torrential rains. Of these, storm surges cause the most damage because seawater fills inland coastal areas and causes massive flooding, destroying beaches and embankments, destroying vegetation and reducing soil fertility.