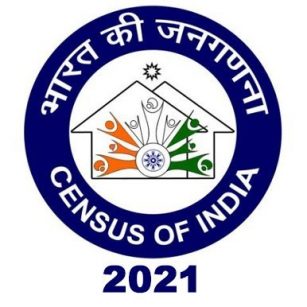 The process of collecting, collating, scrutinizing, evaluating, publishing and proclaiming statistical data regarding the population is known as Census. It is the most credible source of information on Demography (Population characteristics), Economic Activity, Literacy and Education, Housing & Household Amenities, Urbanisation, Fertility and Mortality, Scheduled Castes and Scheduled Tribes, Language, Religion, Migration, Disability and many other socio-cultural data. It is conducted once in ten years.

Since the period of the Maurya dynasty the Census operation had started in India. It was systematized during the years 1865 to 1872. It has been a reliable resource of information since it was started in 1881.

Census 2011 was the 15th National Census of the Country in ceaseless succession from 1872, 7th after independence and the 2nd Census of 3rd millennium. Mr. C. Chandramouli was the Commissioner & Registrar General of the Indian 2011 Census. Census is the only source of primary data in the village, town and ward level. The information provided is valuable for planning and formulating policies for development by Central and the State Governments. The 2011 Indian National Census was conducted in 2 phases – house listing and population. This survey covered all the 28 states and 7 Union territories (In 2011) including 640 districts, 497 cities, 5767 tehsils & over 6 lakh villages. Census 2011 covered various parameters during the survey. These parameters include population, growth rate, rate of literacy, density, sex ratio and child sex ratio (0-6 years).

According to reports, the percentage of houses with an indoor toilet was less than half in 2011. Conditions in rural areas are much worse than urban areas given that 7 out of 10 households must resort to open places like fields, bush, river, stream, railway tracks, and so forth. While about 92 million (37 percent of all households) and 78 million (32 percent) households live in one- and two-room houses, respectively. There are also about 10 million households that do not have any room for living as the room in which they live is also used as a shop or office. While India is widely extolled as an emerging economic power, nearly half of the country population still cooks with firewood. The percentage of households using LPG/PNG has increased from 17.5 percent in 2001 to 28.5 percent in 2011.

India’s total population stands at 1.21 billion, which is 17.7% more than last decade. There was an increase of 90.97 million males and increase of 90.99 million females. The growth rate of females was 18.3% while that of males 17.1%. Among the major states, highest population growth has been recorded in Bihar (25.4 per cent).

The sex ratio of population in the country in 2011 stands at 940 female against 1000 males, which is 10 per cent more than the last census when the number female per thousand male stood at 933. Haryana has the dubious distinction of having the worst male-female ratio among all states while Kerala fares the best. The number of females per 1000 males in Haryana in 2011 stands at 879 while the same in Kerala is 1084.