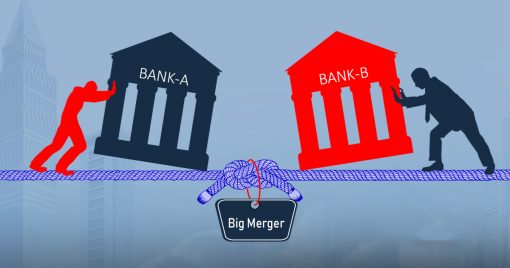 A bank is a financial institution licensed to accept deposits and recurring accounts from the people and make loans. A bank acts as a financial intermediary that accepts deposits and channels those deposits into lending activities, either directly by loaning or indirectly through capital markets. From accepting deposits to making loans, paying checks, and providing financial services, these are the functions of a bank. It is a financial intermediary for the safeguarding, transferring, exchanging, or lending of money. The primary role of a bank is connecting those with funds, such as investors and depositors, to those seeking funds, such as individuals or businesses who need loans. A bank is the connection between customers that have capital shortfall and customers with capital remnant.

Basically, there are two types of banks- commercial/retail and investment banks.  Depending upon their type, a bank may also provide various financial services ranging from providing safe deposit boxes and currency exchange to retirement and wealth management.

Merging is a process through which two or more companies decide to come together and merge together and created a new company often with a new name.

In the aspects of bank merging, there is an anchor bank and an amalgamating bank or banks, where the latter merges with the former. Essentially, retail customers of the amalgamating banks are likely to get directly affected whereas customers of the anchor bank don’t face much change. However, shareholders of all banks are needed to face high impact. Nearly every middle-market bank is looking to either acquire another bank or be acquired. Many banks see an acquisition or merger as a chance to expand their reach or scale up operations quicker.

Recently, 10 PSBs merged into four major banks of India. It seems a good step in ensuring the availability of the money for the investment purpose in the country.

Let’s have a look upon these recent mergers.

After the merger of Oriental Bank of Commerce (OBC) and United Bank of India (UBI), now the PNB will be the second-largest Public Sector Banks of India after the State Bank of India in terms of the branch network. Its total branches would be 11,437 and the total Business of the PNB would be Rs. 17.95 lac crore.

Syndicate Bank is merged with the Canara Bank. After this merger; the Canara bank would be the fourth largest Public Sector of India. The total business of Canara would be 15.20 lac crore with branch strength of 10,342. This merger would reduce the cost of operations due to network overlaps. As these both the banks have similar work culture, it would lead to facilitate a smooth transition.