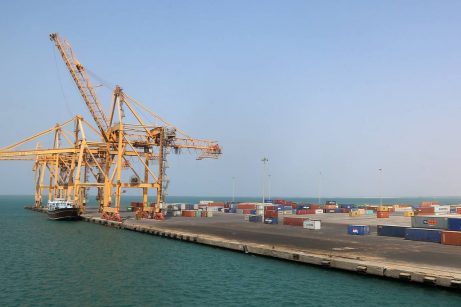 A Seaport is a location on a coast or a shore that contains one or more harbours where ships can dock. They are also used for transfer people and goods to and from land while an Airport is an aerodrome with extended facilities, mostly for commercial air transport having facilities to store and maintain aircraft, and a control tower. Conventionally these both are not considered to be integrated as they service different supply chain, namely high value goods for air transport and bulk commodities. The integration of Seaport and Airport terminals takes place over two dimensions; substitution where either a maritime or an air transport segment is substituted for the other, and complementarity where they jointly support new forms of distribution. The usage of these both dimensions could lead to new forms of coordination between Seaports and Airports.

The Indian peninsula is one of the biggest in the world with a coastline spanning 7516.6 kilometers, and is responsible for a large portion of India’s export and import. According to the Ministry of Shipping, around 95% of India’s trading by volume and 70% by value is done through maritime transport. There are currently 12 major seaports in India, out of which 11 are operated under the guidance of government of India while a corporation runs 1 (Kamarajar Port (earlier Ennore port)) and the minor ports are taken care of by the Ministry of the respective States where they are located. Recently Port Blair which was notified as major port in 2010 was removed of its status. The total 200 major and non-major ports are present in the following States: Maharashtra (53); Gujarat (40); Tamil Nadu (15); Karnataka (10) and others (82). There are also 7 shipyards under the control of the central government of India, 2 shipyards controlled by state governments, and 19 privately owned shipyards.

These ports are crucial to sustain and improve India’s developing economy. These ports in India are essential for handling a majority of India’s trade. But apart from being trade centres, they also serve as tourist attractions as well. Compared to other modes available cost, capacity, and easiness of transportation via ports are most effective.

With luxury travel slowly becoming affordable to the middle class as well, air travel has seen a never before increase. This has promoted India’s tourism and hotel industry and has strengthened its economy. There are more than twenty airports in India that handle international flights.